Impending automation conjures up images of empty factory floors where men have been replaced by robots. But don’t forget the increasingly digital back office. Where will female data-entry clerks and book-keepers go? The same thing is happening in the retail sector where automation and online shopping threatens the jobs of so many female shop assistants.

There will be huge disruption. As many as one in four women and men around the world may need to move to new jobs. But the women running the race to adapt to doing so with a weight tied around their ankles—the longstanding barriers they face in work. There are three prerequisites for adapting: skills the labour market wants; the mobility to change occupations if necessary; and the ability to work with automated systems. Women are not well placed here. These are difficult issues—and many women in emerging economies have it even harder because so many work in subsistence agriculture with little education and few transferable skills.

For this, girls should be encouraged to study Stem subjects and develop coding skills. Not everyone needs to be a programmer, but good jobs will increasingly mean working with technology. Workers will need basic tech skills. Companies should invest more in training that is easily accessible, especially to women who may be less able to travel to courses. More companies should provide flexible work options for women juggling work and family. Investment in online learning could also help to overcome women’s mobility constraints. And more work needs to be done to combat long-standing stereotyping about male and female occupations that could make transitions more difficult.

Effective action on helping women survive the age of automation could put them on a path to more-productive, higher-paid work. Failure to act could leave women stuck in low-wage, low-skill jobs that will be less in demand. This could push many women out of the labour market in countries with high-cost childcare. Progress toward gender equality, already slow, could stall or even reverse. Companies would be less diverse and, according to McKinsey research, therefore less profitable.

31. According to Paragraph 1, the author stresses that female workers .

[A] don’t have a clear career planning

[B] ignore the increasingly digital back office

[C] are faced with severe threats of automation

[D] are not qualified for the job of data entry

[A] automation can lead to rising demand and income

[B] mature economies are more vulnerable to automation

33. Women are long troubled in adapting to moving to new jobs for .

[A] being placed in inappropriate positions

[B] lack of necessary occupational mobility

34. Which of the following is true about Paragraph 4?

[A] Tech skills are essential for people working in automated times.

[B] Girls should be as proficient as programmers in coding skills.

[D] Female workers should be trained to deal with online jobs.

35. Failing to effectively help women adapt to the automation age may cause .

[A] extremely high costs of childcare

[B] a declining demand for work force 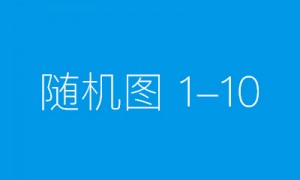